From its earliest days the Festival has led the way with work in education and the community. Opportunities to create work that is homegrown, to work alongside professional practitioners, to perform specially created work by eminent creators, and see the result on the Festival stages, is only part of the Festival’s reach.

“The biggest wow, however, came on Sunday evening, in a joyful, roof-raising performance from the St Magnus Festival Chorus” 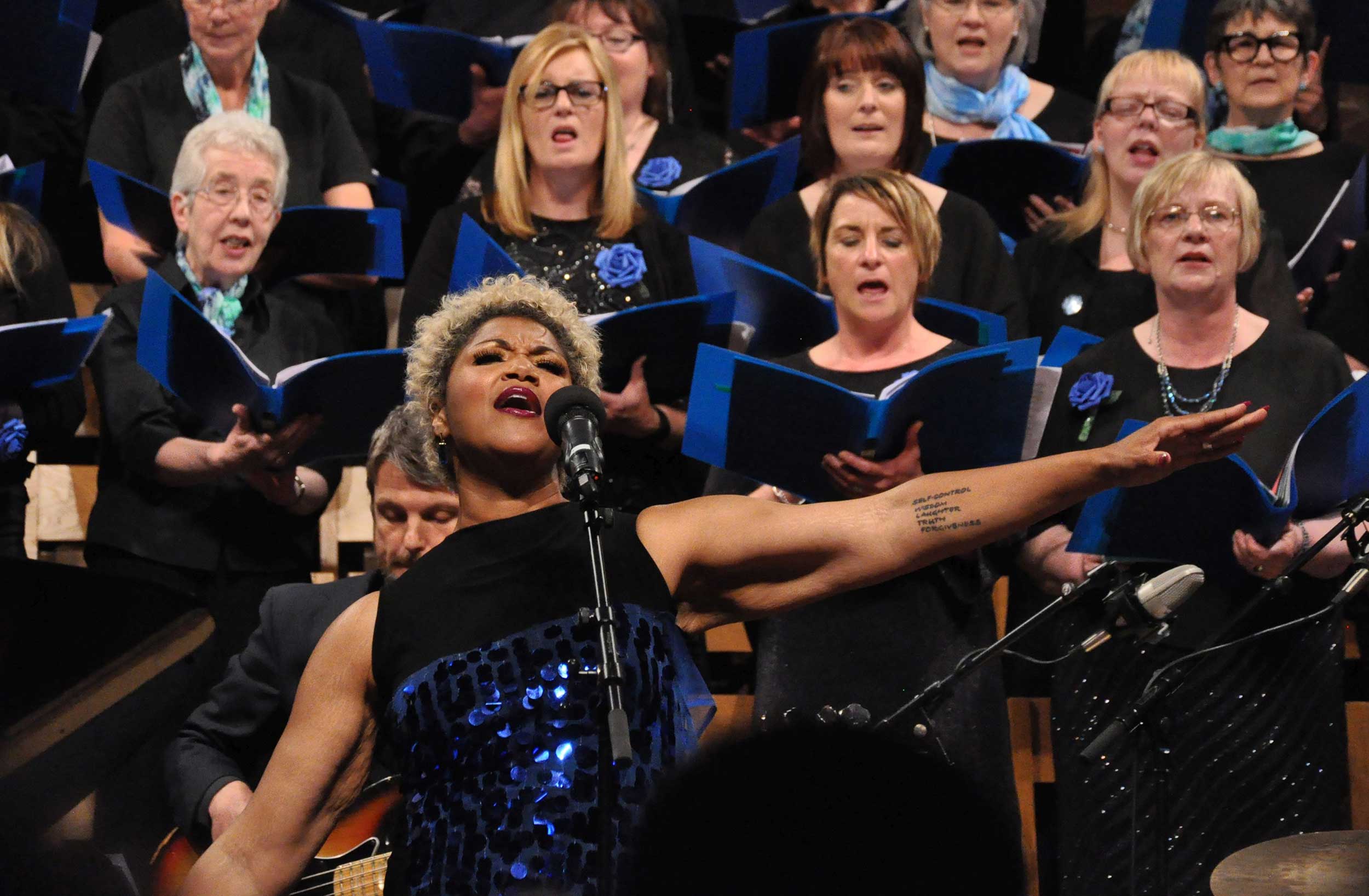 Workshops, masterclasses, professional courses and year-round projects have allowed an ever-increasing number of young and old to experience opportunities that might seem extraordinary in other small, rural communities.  The Festival’s ‘gold standard’ professional courses are renowned across the world and have proved an intense training ground for a range of emerging talent.  The wealth of projects has ranged from large-scale community dramas and operas to outdoor street parades; creative and concert work with children with complex needs to schools’ composition projects for music and film.

Through education and community projects the Festival has built up active participation by adults and children from all parts of Orkney, often devised in collaboration with visiting orchestras, ensembles and artists. Typically over 400 members of the local community perform at the Festival each year, including the Festival Chorus performances, the Johnsmas Foy showcasing local drama and writing, music workshops with leading professionals, large-scale community drama productions and regular 'Side by Side' events where young local musicians join professionals in full-scale Festival concerts.

Through 'Festival on Tour', the Festival sends musicians to present§ concerts and workshops in the outer islands, schools and care homes, and over the years the Festival has provided a platform for the rising generation of Orkney music stars to have their first taste of large scale performance.

The community joins in

The Festival has long had a reputation for unashamedly presenting performances and creations by local residents on stage but also, still true to its early emergence from the community, in recruiting a host of volunteers to assist in bringing the Festival to life. Each year, several hundred people participate behind the scenes as technical crew, stewards, drivers, runners, hosts and front of house staff.

The St Magnus Festival Chorus works each year towards a performance within the Festival.   The chorus numbers anything from 90 to a 120 and is un-auditioned, beginning its rehearsal work in February each year.  Over the last thirty years the chorus has joined eminent visiting orchestras ranging from the Norwegian Radio Orchestra to the BBC Symphony Orchestra with performances that have been broadcast on BBC Radio 3, Classic FM and NRK.   Despite the small population of the Orkney Islands the chorus brings together a strong singing force whose work is a clear reflection of the community involvement within the Festival and the marriage of amateur with professional.   The Festival Chorus has also led to the establishment of the Winter Choir which fills the autumn/winter part of the year with choral activity and fund-raising concerts.

The Festival Chorus was created a few years into the life of the Festival by the then organist of St Magnus Cathedral, Dick Hughes, and started its concert work modestly with Vivaldi’s Gloria.   The chorus has gone on to sing most of the major choral repertoire ranging from Mozart’s Requiem to Tippett’s A Child of Our Time and Walton’s Belshazzar’s Feast.    In 1996 Glenys Hughes took on the role of Chorus Director alongside her work as Festival Director and worked with the chorus until 2014 when Denise Stout took over.  From 2018, the Director has been Paul Rendall.

If would like to take part in a project, volunteer behind the scenes or suggest a collaboration with your organisation please get in touch

We'd like to send you regular emails to keep you informed on what's going on with the festival.
You can opt out at any time using the unsubscribe link at the bottom of our emails.